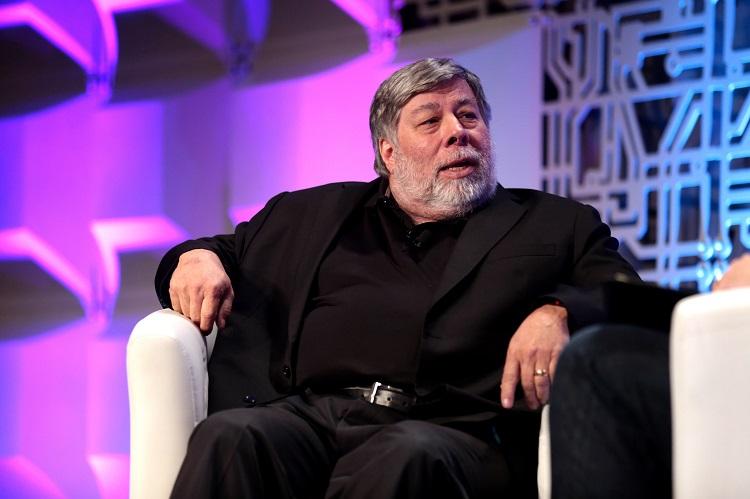 Do you remember how Steve Wozniak, Apple co-founder, named Edward Snowden his hero?

Useless to mention, he labeled Snowden a hero not because Snowden looks cute – he said that because of all the NSA spying revelations the whistleblower did for general users’ privacy stand.

Now, the Apple’s second-head went on speaking about net neutrality and privacy quite boldly in front of around 5,000 people at his latest speaking event held in Delhi, India.

Undoubtedly, technology has had a significant role in connecting people. However, the co-founder of Apple Steve Wozniak sensed it is taking over people’s privacy.

Steve Wozniak also spoke about how he went on founding Apple alongside Steve Jobs — and how the Silicon Valley has grown over the years. Image Credit: Gage Skidmore via Flickr

He declared that “Technology is taking away our privacy.” Everything we do on Google, Amazon, gets stocked somewhere as in case of many other big players – and that is worrisome than anything else today.

On the other hand, Wozniak, nicknamed as “The Woz,” declared at ET GBS (Global Business Summit) that Apple doesn’t do such things.

He also spoke about what made him and Steve Jobs found Apple and how Silicon Valley had a boom in the last years.

“One thing I’ve found in my life is that it doesn’t matter what you know as long as you want to do things.” He also added “If you want to start a company, you should not just have an idea on a piece of paper. You should have a working model, a business plan,” Said Mr. Wozniak.

Wozniak spoke to the gathering that he had a job at HP to design products without any degree in engineering and got hired right away.

The living tech-legend added, “Growing up, there were no books describing what a computer was”.

He wasn’t thinking about computer jobs; his goal was to create one. Besides this, he knew Steve Jobs 5 years before Apple came into existence.

Also, he lacked knowledge about how to build a computer, or what it has inside. Wozniak wasn’t an engineer, yet knew how the product must look.

“Steve wanted to live a zero money life, he was more of a true hippie,” Wozniacki said.

He furthermore added that Steve Jobs was great at learning all about the company and was great at engineering.

The great part about Silicon Valley is, it grew organically with hardware and engineers. However, to become successful, each town needs to find the missing piece.

Wozniacki pointed that Jobs and Elon Musk are beside amazing innovators, fantastic salesman.

When asked who’s his favorite entrepreneur, Replayed Elon Musk, because he has the vision and a great team that helped him build Tesla. Also found the idea of supercharging stations as amazing.

The last question was on the future of jobs. Wozniack said, there will be social displacement, yet the future generation will have different job roles.