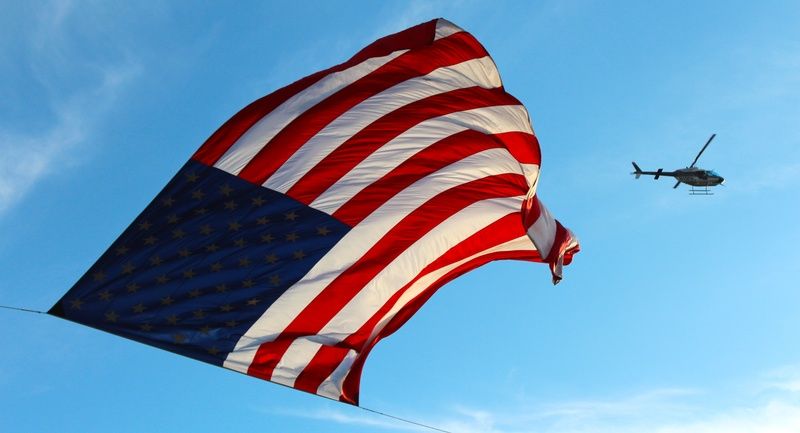 We have already heard a lot about StingRay devices that track cellphones. These devices have the power to track virtually all sorts of smartphones and cellular devices operating over wireless networks. In a recent event, it was found that such a device tracked all phone calls and intercepted phones in major states of the USA, such as Washington, D.C., Northern Virginia, and Maryland.

Potential Spying StingRay Devices Tracking Phones In Some US States

While driving around the areas of Maryland, Washington, D.C., and Northern Virginia, the News4 I-Team found a plethora of StingRay spying devices busy in tracking phone calls and smartphones.

The I-Team asked Aaron Turner, a professional mobile security expert, to go around the region. He carried three different cell phones with loaded software to detect the presence and operation of Sting Ray devices across the said locations.

While carrying his smartphones, Turner made some interesting observations on his journey. He demonstrated what he noticed on his cellphones as he moved along.

“When you see red bars, those are high-suspicion events. They are doing the interrogation, or [checking] who we are. Then the white bar represents when they release us.”

The I-Team, within a few hours of driving, found out about 40 possible areas where these spy devices were actively working. Some of these were potentially high profile zones, such as the outside of the Trump International Hotel situated on the Pennsylvania Avenue.

They also found similar devices as they drove across the 14th Street bridge into Crystal City. Likewise, the team was caught twice while going across the K-Street (a corridor known for populating lobbyists). However, they were eventually released. Turner, while watching his phones, comments,

“It looks like they don’t consider us to be interesting, so they’ve dropped us.”

The I-Team made more similar observations as they moved near the Russian, Chinese and Israeli Embassies, and along the Massachusetts Avenue near Turkey and Romania.

Turner confirms that these areas might supposedly have been under control of these spying devices.

Talking about these findings, Mary Cheh, Councilwoman, Washington D.C., express significant concerns about how this technology intercepts smartphones. She says,

“I’ve bad news for the public, our privacy is [now] not what it once was.”

She comments that if more time was spent, more devices could have been found.

How Does These StingRay Devices Work? Are They Harmful?

StingRay, the brand name for this phone catching technology, works by mimicking a cell tower. Hence, it tricks your cellphone to connect with it instead of a usual tower. Once it catches a phone, it can take complete control on it, and can even track phone calls.

StingRay technology supposedly helped the military and intelligence agencies for investigations in the past. Today, it is frequently used by the law enforcement agencies across Canada, the US, and the UK.

Apparently, they help the investigative bodies by letting them track any smartphone. However, their mode of operation is dangerously harmful since it can even intercept emergencies.

According to the Department of Homeland Security (DHS), these devices are a real risk to the public. They state that StingRay devices can even halt calling 911 emergency number.

“If this type of attack [on the phone] occurs during an emergency, it could prevent [the] victims from receiving assistance.”

On the other hand, Turner says that these devices have tremendous spying potential. Even when a person is not directly in contact with a spying device, a neighbor might link to it.

Thus, you become vulnerable to be caught up by a spying device. He concludes that everyone living in the vicinity of the areas mentioned above has definitely been a victim of spying.

Protecting Cellphones From StingRay ‘Stings’ – Is It Possible?

The phone tracking StingRay devices have the potential to grab a significant amount of data by intercepting smartphones. According to Alan Butler, Senior Counsel, Electronic Privacy Information Center, people are unaware of these devices. Hence they quickly get caught up. And, apparently, there is no ‘magic software’ to defend against such attacks.

He further deems it improper to propagate such a report without in-depth investigations. He says that in case of such findings, the agency must have brought up this matter to the phone carriers so that they could seek ways to get rid of this threat.

However, Turner says that the phone carriers have to allow access to the law enforcement agencies. Moreover, one cannot control a cellphone regarding which source it is attached to. That’s why he supports having a landline phone instead.

“You can’t control which tower your phone attaches to, so you can’t avoid being caught by a device. [It is] a good reason to have a landline.”

He recommends using free calling and private texting apps available online since they use encryption. According to him, it is still better than being spied by using the built-in smartphone apps.