Spotify Warns its Users Not to Use Hacked Apps

Spotify Warns its Users Not to Use Hacked Apps 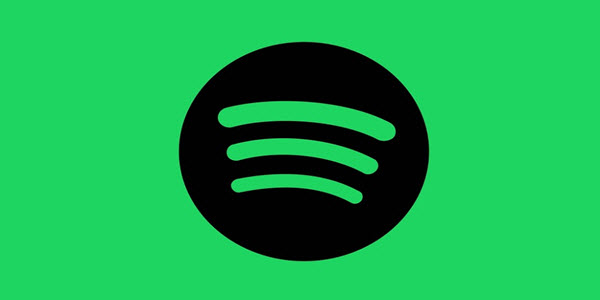 Spotify is a renowned digital music service initially owned by uTorrent. It provides its users with millions of amazing music. Some of its users, however, have been reported to access premium features through hacked applications.

Purpose of the hacked applications

Reports show that the hacked applications do away with some of the restrictions Spotify has put in place for the free accounts.

After taking note of these abnormalities, the company sent out warning emails to users using the hacked applications. To be a bit more specific, the emails notified users of the irregular use of its software and the access of features not available in the free tier system.

They went ahead to even warn users against legal consequences. In the future upon identification of these malicious activities, the company will terminate all users’ accounts who get caught using the hacked apps.

Spotify also went on to issue the DMCA take-down requests to XDA and GitHub.

As of December 2017, the platform had 159 million registered users of which 71 million are premium ones. Thus these hacked applications do not cripple the company, but if left unmanned can be a menace.

The remaining 88 million are basically the free users, meaning users who benefit from its services at no cost. Subsequently, the main distinction between the free and premium app is that the free app comes with ads — and the user can only play music, they cannot skip, or shuffle.

And, these limitations drove some of the free users to seek other means of accessing the withheld features by use of tailored Spotify apps (the hacked apps).

What do the hacked applications do?

Obviously, they eliminate the restrictions set on the free application. The user downloads the free Spotify app, then has to download one of the available hacked apps or installation files. They are very easy to get online if you know where to look.

After installation of the files, the user then inputs username and password — and can enjoy premium Spotify features at no cost onwards.

It is quite difficult to say for a fact how many users have adopted this route until now; interestingly it is still not sure whether the platform is able to identify free users who use hacked applications or not. They have an idea about it as a whole, though.

Spotify is however not sitting pretty and being onlookers, the company now has a plan to initiate a crackdown.

The company’s email to suspected users. Image From: community.spotify.com

The accounts disabled can still be accessed, they are not lost forever.

The fraudulent user can simply recover his/her account by uninstalling the modified application and downloading the official Spotify app from a recognized source such as Play Store.

Spotify users who have fallen “victim” to the emails have taken to the internet, they ask why they received the email, and if others are in receipt. Some are bold enough to actually claim they have done nothing wrong.

Just like any other company appearances mean so much to the music giant too. Spotify in their email, use polite but stern language and end on a positive note. It thanks the users for choosing it for their music needs and being an active member of its community

The company is at liberty to identify fraudulent users and ban them.

It can also put temporary sanctions. However users using hacked accounts are a step ahead, most use false credentials to create accounts making it almost impossible for Spotify to keep track of all the illegal activities.

Spotify is also going after the creators of these hacked applications. Recently, Spotify reached out to Github to take down a famous sporting mod by the name Dog food. Github obliged and took the application.

The developer behind Dog food agreed to remove some features from the app, in his statement, he said some of the features removed will not change the users’ perception if they are true consumers of the application.

A date with history?

Its history of piracy is no secret. Having been on the other end of the stick, it might be strategically placed to find sustainable solutions.

Being previous owners of uTorrent, Spotify is no stranger to piracy. This content streaming service is acquired Ludvig Strigeus one of the initial developers of uTorrent, owner of BitTorrent for a brief period. Clearly, something is cooking, maybe a cure for piracy?

More than what meets the eye!

Its brief relationship with uTorrent does not eliminate the fact that Spotify did have a part in a piracy platform. Maybe this was by design and not by accident.

It seems Spotify is taking its time in order to ensure the solutions fronted are effective and executed in a good way. In any case, with a valuation of over $23 billion, and a great user base, it knows more about dealing with pirates than most companies.