Do parents spy on their kids online? Mom is watching!

Do parents spy on their kids online? Mom is watching! 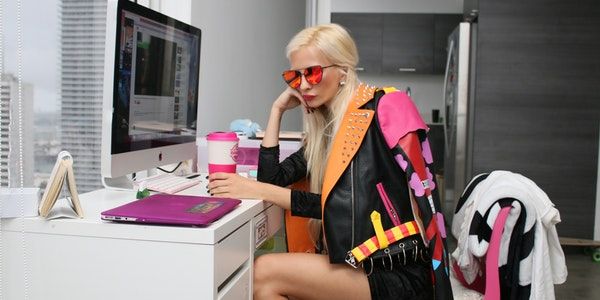 Your smart mom is watching whatever you do online

Do you think your parents are not much smart, right? Have you the better knowledge of technology than they have? They cannot take a snapshot of your chats if they want, don’t you think?

If the answer to above questions is yes from you, then a new survey released on Wednesday can choke on your whoppers – oops.

The survey was conducted by Survey monkey and common media, and the surveyors talked to teens between the age of 14 to 17. The research took insights from 3,282 parents, too.

Your smart mom is watching whatever you do online

Well, as we all know that two sides do not have the equal impression on each other. Moreover, 26% parents are outright spies.

According to these parents, they use monitoring technology or other tracking software to spy on their kids’ activity online.

Though on the other side, only 15% kids thought that could be the case.

Consequently, 52% parents say that they know about their kids’ online activities at the very best.

In other words, they claimed they know everything in regards to what their kids are up to while on the Internet. Whereas, 30% kids believe that can be the case.

So what is your take here? Which side you think is the smarter one? Obviously, the parents.

Anyway, coming back to the point, we are not done with the findings from survey yet. So furthermore, 29% parents said they are concerned about Snapchat the most. That probably is because they don’t know yet, how in fact, the Snapchat works.

Moving on, 20% parents insisted they are not much concerned about the sites or apps their children use. Here my fear is, not too much among the parents are clever as they should be in this digital era.

Given the whopping 20 percent parents who either don’t have an idea about what their teens are up to online or just do not care about that; I am forced to think that parent-kid dynamic hasn’t changed much. Not yet, at least.

Because in the past decade, whatever kids used to do – parents had no idea.

And those 20% parents are convincing me into believing that the same situation still exists for today’s kids. Or am I getting overaggressive?

I think I am not. Kids are an essential part of your life, and hence, you should take care of them everywhere!

Can parents spy on their kids?

Of course, they can! There are situations when spying is legal or not, being parents is one case where the law allows to spy on minors.

Nick Herbert, a digital product manager, has invented an app because his son was not responding to his texts and calls.

The app is named as Reply ASAP. The application locks the smartphone by taking over its screen, which prevents it from further use – and starts an alarm which stops only when the recipient replies.

Given the app is installed on a teen phone, parents can tell whether their child has seen the message or the phone is off.

If you want to download the app, then it is available at 99p for one person to send messages. It seems like an invasion of privacy, and an attempt by disbelieving parents to spy on their children.

Whereas, it seems fair enough as the app serves little sods the right way for not answering to ones who genuinely care for them.

Primarily, parents buy Smartphones for their safety, but teenagers have their “other priorities”. Sometimes it is due to the lack of internet in anything a boring adult says. I think many would relate to this fact.

However, Smartphones have been employed as crucial points in a war against parental interference in teen’s social life. Therefore, massages and calls are ignored by children.

Consequently, at this stage parents must consider using apps such as Reply ASAP, which acts as an “alarm to reply” – but only for phones.

Most teenagers are not doing anything wrong on the web. However, they start taking an interest in video games which is not the right point.

While there are several concerns that adults use Reply ASAP to abuse and control others (such as spying on partners or employees without notice), but still, we cannot blame the makers for that.

It’s all about information and parental access where the kids are concerned. I believe parents have the right to know that their children are safe, all the time.

If you somehow disagree with me, just think yourself being a parent for a while. And your kid not coming home from a friend’s home; whereas, he had to be with you 30 minutes ago. Things get terrifying in mind, right?

Some people might view the growing market as an extension of micromanaging and “parenting helicopter”, while the breakdown of communication and trust too between the parents and their children.

Some people might ask, that why don’t you talk with your child to overcome differences.

In fact, knowing the products available to spy on your kid’s online activity, you can just appreciate unease without getting noticed by the kids.

And after all, spying on your kids for their safety isn’t a crime either – so why give them a chance to think that you don’t trust them? Because, a kid might not understand, at least at first – that whatever you are doing, is for his security and benefit and not yours.

So if you are a kid and been wondering whether the parents spy on you or not, you have got the idea now. And in case of parents; relax guys, it is perfectly alright for you to spy on your teens if you do the right way.

Moreover, parents should take interest in what your kids are up to online. You will be to avoid anything bad (i.e cyberbullying, blackmail, identity theft etc.) from happening with your kid that way. For the safety of your kids, even if you need to spy on internet activities you should do that – without any second thoughts.

Finally, what is your take on the topic? Do you think parents should monitor their kids online? Is it fine to stay unconcerned about the kids’ activities over the internet? Feel free to speak your mind by sharing your opinions via the comments section below.