Macpatchers hacked dozens of Australian webcams in an online scam

Macpatchers hacked dozens of Australian webcams in an online scam 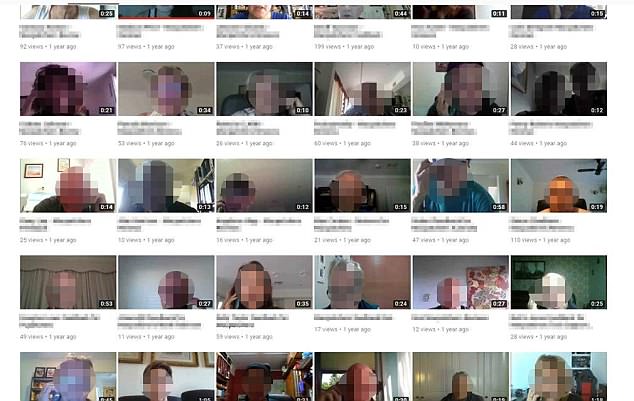 Online scams are always terrifying, particularly those involving pictures and videos. Then we have those that involve secret video recordings. Isn’t it merely scary? A similar scam has horrified people in Australia, including an eminent university professor.

The scam allegedly related back to the online tech support company Macpatchers. It was all revealed when people found their original videos being posted to YouTube as endorsements. However, it was too late to take some action as several Australian webcams were hacked by that time.

A few days ago, the news about a scary online scam surfaced online as people were shocked to see their actual videos being posted on YouTube. In almost all videos, the victims were visibly praising the services of a tech support company names ‘Macpatchers’.

The scammers uploaded almost 69 videos on their so-called official YouTube channel as endorsements to their work. These videos not only upset the victims due to secret recordings but also infuriated them as many of the clippings looked awkward.

People, who may have contacted the tech support company while sitting in casual, somewhat private settings. Of course, they had no idea when their webcams turned into spies!

While most victims were upset for being filmed without their consent, one such victim faced an even frustrating situation. Prof. Geoff Sussman, from Monash University, almost lost $1,590 to these scammers. The story goes like this.

Prof Sussman wanted tech support for downloading an Adobe software. While searching online for help, he misunderstood the scammer’s website as a genuine Adobe tech support. The site appeared entirely legit in its layout. It even displayed a valid Australian toll-free number. 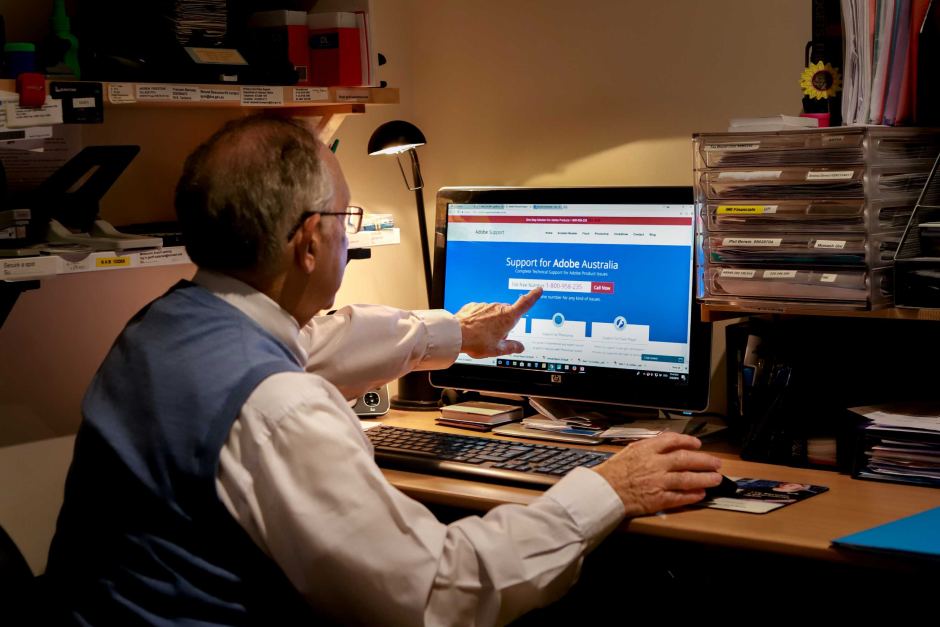 When he called on the toll-free number, he was redirected to a technician having an Indian accent. That person requested access to Professor’s computer to fix the matter. Prof. Sussman states,

“They are very clever about that. They say, ‘we need to check why this is. The only way we can do that is to in fact get access to your computer.”

Afterward, the scammers ‘did something’ to his computer, as if they were removing viruses. After completing the process, they asked the Professor to read out a text being displayed on his computer. That was the point when his webcam turned on without his consent.

“I had no idea I was being filmed, and I certainly had no idea they were using me to promote themselves.”

Consequently, the recording shows him speaking out in favor of the scam company’s services.

However, Professor later came to know that the scammers also caused him a loss of $1,590 by some secret transactions. However, he was lucky to reverse the transaction and get his amount back.

As informed by several victims, the toll-free number displayed on the website redirects the caller to somebody speaking from Macpatchers. Indeed, a quick Google search was enough to reveal the details about this company.

However, since the news about this scam surfaced on the internet, the official website of Macpatchers has disappeared from the internet after removing all content. It is even impossible to view their cached pages now. However, one can find their details on various websites that still display brief information about the domain. 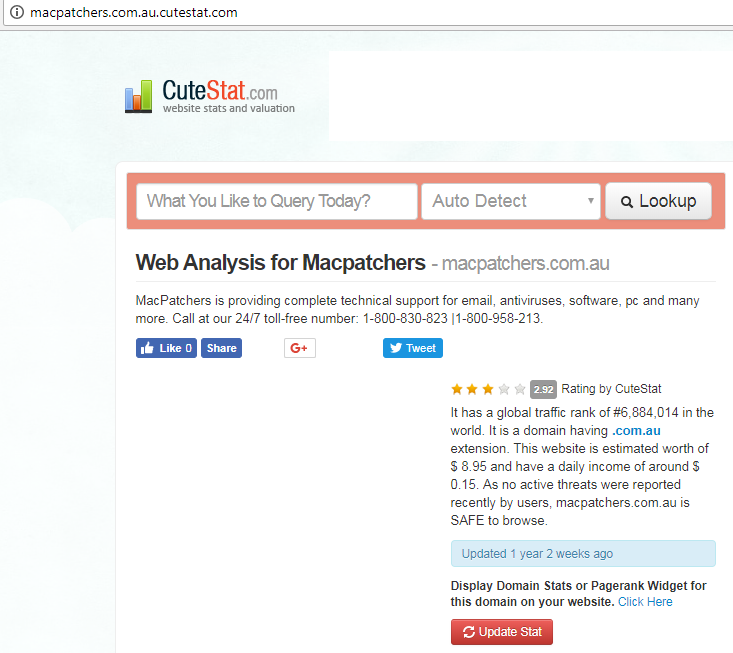 Nonetheless, the scam isn’t over as the company is still operating with the same name, but with a different domain. This time, they have opted to scam people from New Zealand. It is usually easy for any firm to operate within these two companies. The layout of their new website also resembles the one they had earlier for their Australian alias. 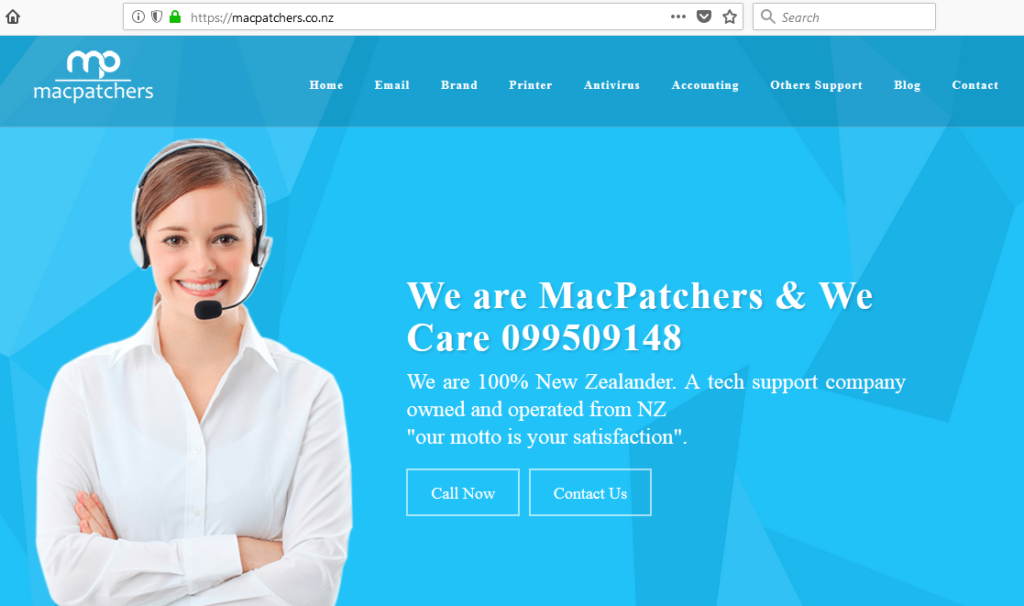 In addition to the above, various other domain names have also been associated with these scammers. If you do a quick search with the scammer’s toll-free number, you will have a pretty good idea about those websites.

This Isn’t the First Scam by Macpatchers

Macpatchers has supposedly been involved in several scams for past few years. The recent scam was unique in a way that the perps tried to play smart by recording secret videos.

The customers even complained about having rather more issues in their systems after contacting them, instead of getting rid of the previous problems. You can find various customers reviews about these scammers on various review websites.

Protect Yourself From Online Scams

While investigations continue to unveil these scammers, we strongly advise our readers to refrain from contacting any tech support services. Mainly the websites offering support for Yahoo, Google, Hotmail, and Adobe, with Australian or New Zealand domains.

Make sure to protect your online privacy as you browse through various websites.

Keep a close check on your systems’ components that can spy on you, in addition to all smart home devices. Although the scam discussed above exploits as a source, your smart TV, and other smart gadgets are no exceptions.

Likewise, as you browse online, make sure that you apply all precautionary measures to protect yourself from fingerprinting.

Lastly, DO NOT ALLOW any third party services to access your computer. Legit tech support services never ask you to access your PC or laptop. Nor would they ever require you to download any software from arbitrary links.

By staying a little vigilant, you can indeed avoid falling prey to such scammers.