Lyft Employees Spying on its Customers including Mark Zuckerberg

Lyft Employees Spying on its Customers including Mark Zuckerberg 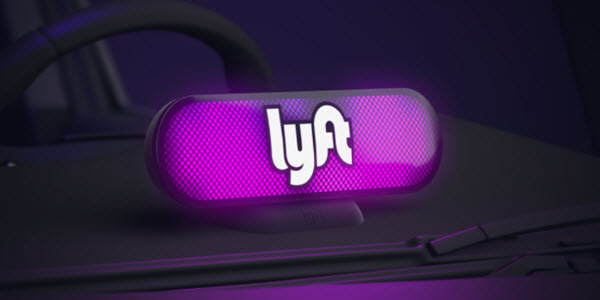 Do you think Uber is the only ride-sharing app that does sketchy things?

Lyft’s employees took their jobs a little too seriously, too.

Or maybe not seriously enough.

They abused ‘God Mode’ tools set in place in case of emergencies.

Just to carry out petty acts you would only expect from children in the middle school.

These acts include monitoring celebrities that used the app. Plus, using the car-sharing app as a who is dating who gossip factory.

The anonymous person who broke news on an anonymous information sharing app is a former or current Lyft employee.

It seems like Uber, who has been in the news repeatedly for not covering up weaknesses in their systems – and paying off hackers with hush money. Uber app isn’t the only car sharing platform that you might need to avoid.

Lyft’s slogan says “turn miles into money” but here it seems their employees are trying to “turn data into money”.

Personnel at Lyft are under fire for abusing instruments set in place by the company; to gather gossip about the ride-sharing users.

The gossip gathering goes all the way from everyday people to big-name celebs.

And, Facebook creator Mark Zuckerberg is included among the affected celebrities too – who happen to use the app.

The only thing in common about who they gather information on is that everyone is non-consenting.

Lyft Official Statement about the Scenario

Lyft has released a public statement that an investigation is currently underway.

But did not give an estimate of how many employees are being investigated.

They did say that these accusations were grounds for firing.

Also, the head honchos at Lyft had no idea that the employees execute these actions.

Light on the case was first shed on an anonymous info sharing app. An anonymous user posted on the app, telling users to beware when using the Lyft ride share app.

He then went into more detail saying that employees were using the app to stalk people. The Lyft employees reportedly spied on only the individuals they knew, and strangers that they thought were ‘easy on the eyes’.

Lyft, a San Francisco company assured media that employees are forbidden to see personal information of users that are added to the app.

Company’s spokesperson further added, the workers have to stamp their signatures to confidentiality agreements when it comes to users data.

Unfortunately, this hasn’t stopped the employees from stepping outside of their bounds.

A former worker for Lyft even admitted to infringing on personal info about their friend’s history and ratings.

They also confessed that they never received any punishment or reprimand for these actions.

But as stated above, Lyft is investigating about the incident further – at least this time.

What’s up after Lyft investigation

So, if the claims made by the anonymous person online are on merit – theoretically, Lyft can track the employee(s) spying on Mark Zuckerberg’s account down.

But hell yeah, he probably won’t mind that much.

Because he, after all, does not look like one for the privacy – at least, not to us at FreeSpyPhone. Remember, he said privacy is not a social norm back in 2010?

But yes, other alleged abuses, for example, spying on the romantic partners – will surely freak him as well as us all out and speak to the potentially mega pattern of abuses at the ride-sharing company.

Hoping well for all the affected users though; we hope Lyft reaches the bottom of their investigation soon and turns up clean.

That will not only make the big assumption of anonymous poster wrong, it also will decide whether we will trust the firm ever again or not.

Again, Uber, another main rideshare app, has also had past history of information leaks and hacks into their system.

Now might be a good time to bust out that bike or those pairs of walking shoes if you’re looking for ways to get around.