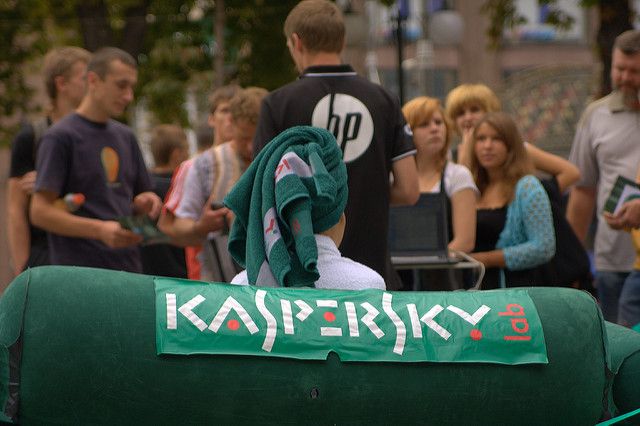 The Prime Minister of Israel, Benjamin Netanyahu has recently refused a personal meeting with Kaspersky Lab’s CEO of Russia.

It has happened just after three months since Israel was facing accusations as the primary source of the explosive intel. According to the allegations, the cybersecurity company facilitated the capture of sensitive data from the United States.

However, the response from Israel Prime Minister did not sound as expected.

The Times of Israel reported that Eugene wrote, “Personally and on behalf of Kaspersky Lab, I would be honored to meet you in Davos. Considering my role as chairman and CEO of Kaspersky Lab, the leading cybersecurity vendor, I believe there are numerous and relevant topics of discussion for us.”

On the recent request, Kaspersky declared they would desire to undergo talks with Israel ( world innovator and technology developer ), regarding cybersecurity and future risks to Israel.

It might be because Israel wants to get rid of the explosive intel linking that caused NSA’s data breach.

One might have expected a welcomed reply at this point, yet…

In exchange, speaking for Netanyahu, the PMO declared that the tight schedule is preventing Israel’s prime minister any new appointments and subsequently has to decline this invitation kindly.

The Kaspersky Lab’ is known as an anti-virus program, having more than 400 million users – and approximately 270,000 of which are corporate clients, having to protect their businesses and infrastructure.

In June of last year, the company opened an R&D center in the Jerusalem. That has a focus on protecting the industrial control and the Internet of Things systems.

But, now the company is in a negative spotlight.

Because the antivirus fir, Kaspersky, is facing a massive scandal regarding the cyberspace between Russia and USA. After the accusation of stealing security secrets from US’s NSA, and after that getting banned by the American Government.

What is going on between USA government and the Kaspersky?

In October 2017, the US government decided to remove Kaspersky Lab software from all its servers.

And interestingly, as the US media reported, Israel officials were behind that decision. As they informed them (the US Spy agency officials) regarding Russian hackers which use this software to steal classified info.

After 2 years of operation, Israel’s intelligence agencies entered Kaspersky’s network. Here they found that Russian hackers were using a program to find code names from USA’s intelligence programs. The mega-scandal the came up in The New York Times, first of all.

Sources say that Israel provided substantial evidence of the hacking operation made by Kremlin to USA’s NSA (National Security Agency).

The hacking activity in question began in 2014 and ran for two years.

What did Israel get from Kaspersky hack?

Some of the things that Israel got its hands on by hacking Kaspersky systems were emails, documents, passwords, and screenshots.

After receiving the report from Israel, the US Homeland Security department decided to exclude and bane the software from Kaspersky Lab.

They ordered to remove Kaspersky software from every single government server and computer within in 90 days.

On the other hand, the company ( Kaspersky) confirmed they took source code from a secret US tool via their software. However, denied the knowledge of Russian hackers using their software to steal US classified information.

Even though Kaspersky discovered that Israel hacked them in 2015, and in June of the very same year, reported the hack publicly.

But the interesting fact of the tale is, they never pointed fingers towards Israel publicly as the culprit for their massive loss in reputation – the hack.

After the clues pointing to Israel, researchers from Kaspersky affirmed that the hack was somewhat similar to Duqu. On which they blamed everything on the nations responsible for Stuxnet cyberweapon.

Now if you don’t know about Stuxnet cyberweapon already, that is a fascinating collaboration between US and Israel on the virus used in 2010 for attacking Iran’s Natanz nuclear site. Where they managed to destroy around 20% of the facility ( uranium enrichment centrifuges).

Besides this, Kaspersky Lab declared that similar attack ( Duqu 2.0) got launched on other targets which are interest to Israel.

Those targets were the conference centers and hotels where the United Nations Security Council decided to have private meetings regarding the nuclear deal with Iran. The talks in which officials from Israel were not present.

As most of the targets were in the United States; Israel was responsible for all those operations without any US involvement.

Let us make you understand the layers better

The founder of Kaspersky, Eugene Kaspersky, is a mathematical engineer. He attended KGB sponsored school and once worked for Russian Ministry of Defense.

Many critics say that it is not possible for his company (Kaspersky) to operate freely in Russia.

Simply because the economy there is fully dominated by the state-owned companies. Also given the fact that spy agencies powers have enlarged dramatically under Vladimir Putin, the president of Russia.

Indeed, it is not very clear if Eugene Kaspersky had a deal on the Kremlin hack or if an employee from the company had a sneaky cooperation with Kremlin.

What is your take here? Netanyahu turned Eugene’s meeting request down because, the company reported, is linked to a massive US hack?