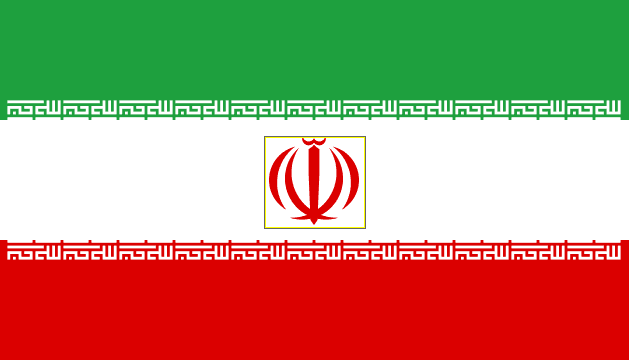 At the time of press, only the permission to send images and videos is revoked. Users can send/receive texts as of now, but as it stands, the complete Telegram ban in Iran is expected soon.

Earlier, Russia blocked Telegram services, now Iran begins to block this widely-loved app. Telegram is one of the most popular secure messaging apps in the world. And not just around the globe, over 50 million Iranian people use this app. Unfortunately; the Iran Government begins to disrupt this app service. The net regulator of Iran has given their official statement that no one can use this messaging app.

At the time of press, only the permission to send images and videos is revoked. Users can send/receive texts as of now, but as it stands, a complete Telegram ban in Iran is expected soon.

So, just in this month, Russia banned the Telegram. The Russian security services wanted permission to access Telegram’s secret messages. They wanted it for their security purposes, but the authority of the Telegram Messaging App didn’t give permission to hand over the encryption keys to the Russian government.

That is why; the Russian government had taken the decision of banning the Telegram Messaging App. Now the Iran government follows their lead and begins to blog Telegram services.

Continuing what I said above, Russia’s regulatory commission Roskomnadzor (RKN) asked the Telegram authority to hand over their encryption keys within 4th April. Whereas, the Telegram team had missed the deadline (willingly).

Russian authorities suspect that the Telegram is helping the terrorists to communicate secretly via giving access to their stealthy encrypted messaging service. They accused the app of St Petersburg’s suicide bomber in April 2017. Also, Russia stated that the very same app is being used for propaganda purposes by Islamic State. To safeguard from terrorist attacks FSB (Russia’s Federal Security Service) wanted access to log into Telegram’s encryption keys.

On the other hand, Pavel Durov, the Telegram founder, has consistently denied meeting Russian’s demands. They never want to break any user’s privacy, so they refused to share any confidential data with the Russian government.

In this consequence, Russia banned the Telegram. Google has complained that this step affected their service in the country (Russia). In fact, not just Google, several infrastructure providers have been affected for this reason including Google infrastructure (Twich and Spotify), and Amazon Web Service (AWS).

Now it is clear that Iran follows Russia’s lead. They have revoked the use of Telegram app within less than two weeks of Russia’s decision to crack down on the privacy-focused communication app. Subsequently, Iran telecoms have officially briefed this to the BBC.

If that wasn’t enough, the government ordered the company to move all servers outside Iran’s borders. And now, undoubtedly, the Iranian should have to use government-controlled services. The government officials await Telegram’s confirmation that they have removed all of the servers from Iran.

Though there are about 50 million Telegram users in Iran, the government had to take this decision to safeguard from terrorist activates. Ayatollah Ali Khamenei, the supreme leader of Iran has deactivated his Telegram channel. He said that everyone should follow the command in order to safeguard the nation.

Besides, the official staffs of the Iranian government have shut down all of their Telegram channels. Instead of using Telegram, the government is encouraging people to use an alternative to Telegram named “Soroush”.

Is Telegram vulnerable to security risks?

Though the Telegram has gained a good reputation; still, as it seems, there might be some faults in its security. Last year, specifically in March, Check Point’s researchers discovered a severe vulnerability in web versions of WhatsApp and Telegram’s encrypted chat applications. That means all of us should know that these apps are not as safe as people used to think.

Moreover, WikiLeaks has revealed that CIA and other American spy agencies have already got their hands on ways to access encrypted data on Telegram, WhatsApp, and Signal.