Could Google Clips be the new form of Surveillance?

Could Google Clips be the new form of Surveillance? 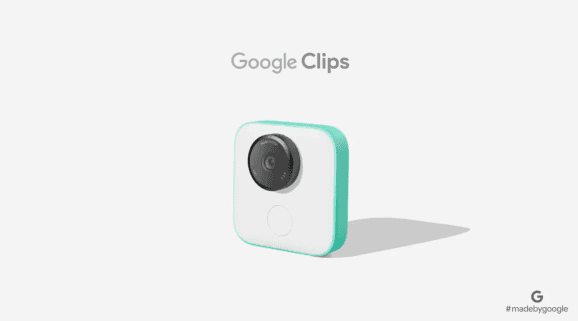 Do you agree that technology is on the rise swiftly? Unless you are from another planet (which we have my doubts), then you will agree with me over the same. this could be constant monitoring in our homes in the future

With this rate of rising in technology, everybody is scared of the future. Do you need to get afraid? Maybe yes maybe not – that depends on what the future has to offer.

But from the look of things, it appears that more and more devices are being invented, and they are of help to individuals in a significant way.

For instance, some devices like Apple’s “Siri” and Amazon’s ‘Echo Dot’ are into our life which is as a result of the artificial intelligence.

Furthermore, early this week another new technology device hit the market. “Google Clips” is the device which got into the market.

The tiny camera can decide whether a picture is interesting enough to capture or not. Experts doubt users would end up paying the real price of this convenience trade-off with their privacy.

It is a smart camera square in shape and is worth $250. It merely uses A.I for detecting and capturing the images as well as the video just on its own; stated Brian Heater of TechCrunch.

Did you get that part? (By its own) That is brilliant, isn’t it?

It means that it is a kind of camera that does your job – you simply don’t have to be holding it to capture a moment, which reasonably is a good idea.

Everyone wants to keep that memory of his/her best moment; therefore, most individuals nowadays are taking a lot of pictures just as a reminder of great times.

Have you ever tried to take a picture of your little kid messing around with some stuff? It gets tough we know as you have to take your time as much as possible to capture that particular best moment.

Not all love the idea of being patient even though the result is a good picture. Interesting now Google clips has come to your rescue to do the shooting on your behave.

However, it doesn’t work well – according to The Verge’s Dan Seifert. That is the only problem with Google clip.

What it represents is the primary concern in this case here as some people will always give their views about a product either negatively or positively.

It is not the first time as some rumors have been there about products of the same like Amazon’s ‘Alexa’ with speculation that it can hear all that the user says just in a spying manner.

Although, nothing is proven yet some like The Week’s Navleet Alang has own speculations as he believes Google Clips is just a test for the higher applications from smart camera technology on spying.

According to him, devices with innocent purposes will as well go all the way to becoming more sinister.

The fact that Clip doesn’t offer quality pictures (at least as of now), most individuals have not taken it seriously (why would someone take it seriously when they can get better results from what they already have anyway?) – that is what most have been accustomed to.

Also, logically, it is the kind of gadget which can be used for the nefarious purposes undoubtedly. Since it works individually (like a set and forget thing), you will not know if someone sets it at your place to take pictures –unless you somehow see this pocket-sized cam making some noise itself or flashing the light.

It is not welcomed yet from the surveillance rhetoric either, but it is just a week since it got released — hence, we have to wait and see its performance.

However, with time we will know where it settles just like many other similar products that will emerge. So let’s see if it turns out to be just a flashback of Google glasses or what!