Facebook Protect (the Onavo VPN) is a spyware, nothing more than that

Facebook Protect (the Onavo VPN) is a spyware, nothing more than that 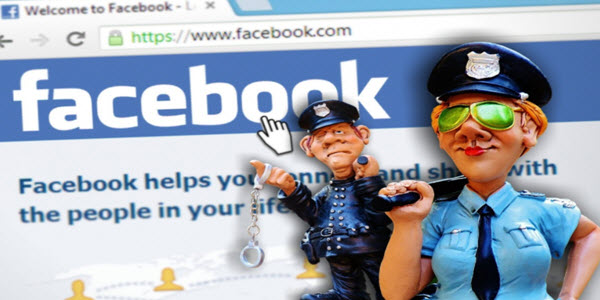 In an attempt to counter the lack of privacy on its platform, Facebook launched a new protection tool. Its function (as the social giant says) is to keep your data traffic flow secure. But, there is a catch.

In computing, privacy matters now more than ever and is a significant concern, especially in IoT (Internet of Things) and mobile devices.

And understandably, as the people have become more conscious in regards to their security, overall use of the VPNs has increased rather dramatically.

The users believe in a VPN to have their internet traffic protected against snooping. That is well and good.

But the VPN that Facebook has rolled out (as of now, for iOS devices only though), works differently from any standard VPN. Unlike other VPNs, Onavo Protect (Facebook’s VPN), gives ‘itself’ the permission to mine users’ data.

So, with over 2 billion users, Facebook is the most abundant social media site on the internet. The primary appeal of Facebook, one may argue, is the ability to connect with those from past and present.

Social media, however, is a doorway through which you leave your very own private world.

Inside the Facebook application, there is a new feature called “Protect”. It is accessible, once rolled out, in the main menu. You’ll find it under the “Explore”.

Once you tap to open, it will forward to a download page for a VPN service. That is “Onavo Protect”. A company which Facebook purchased in 2013.

VPN services are good ways to ensure a safer experience using the internet. A good VPN (Onavo, not at all) will increase your security and privacy, essential for public hotspots.

It behaves sort of like a barrier between the internet threats and you. Moreover, with a VPN, you could appear in the United States while in fact being in the UK.

As far as only the Facebook is concerned, Onavo Protect is like most other VPN services. It establishes a connection between its very own servers and your device.

Once the connection gets established, it will direct traffic through its servers first. The idea being all your data is safe. Credit cards, passwords, all safe.

Onavo does deliver, based on some reviews available online. But, that is of course before the people started to realize the fine print is a concern.

Those who prefer privacy over security have blasted the app. Some have gone so far as to say it is Trojan spyware.

So what’s the fuss?

The unsettling feeling beginning to take hold? Find the “How it works” section for reference. It states, rather boldly, Onavo collects your mobile data traffic.

Reputable VPN services keep data flow anonymous and do not even keep logs of your connection, whereas Facebook’s servers collect all data.

They also have explicitly stated that they will use the data they collect to better their services. And you know what Facebook means for improving service?

As we have heard; gaining insights into products and services people value – giving Facebook the high-ground against the competition.

So, Facebook is notorious for advertisement targeting – the questions is, what does this sound like to you?

The social giant will come to know if a new app starts getting popular, and they will be able to see if you are watching Netflix videos more instead of watching videos on Facebook.

Do we need to point how, still? It will know all, because of the data harvested via Facebook Protect.

Nevertheless, Facebook is known for buying rival services and products. So, this app hands them primary research data on what they should do next.

Perhaps using a free VPN is worth more to you than your privacy. But, always be wary, every detail sent over the Internet of Things will be accessible and used. In this case, by Facebook.

Your entire life, for the most part, is on Facebook. Do not give them more information about you than they already have.

There are more reputable services out there than Onavo that you can use, and for free. Hint: Tunnlebear, Windscribe, and Betternet are good free ones.

And yes, one valuable lesson to take away from this Facebook Protect spyware (yes spyware, that’s the tag we at FreeSpyPhone would rather put on it) issue is always to read the fine print.