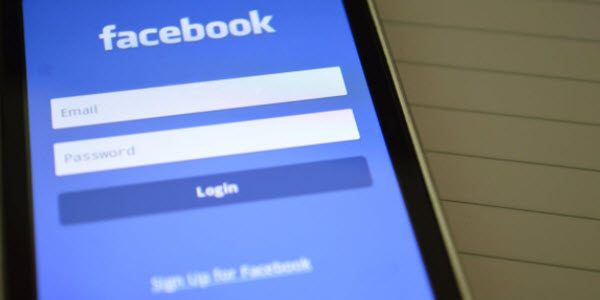 But credit does not go to the company itself.

They more likely have done it under the pressure of a new EU law.

The social media giant, Facebook, has made its privacy principles public for the first time since its establishment in 2004.

This reveal is ostensibly in preparation for the impending General Data Protection Regulation that will be effective from 25th May 2018.

The GDPR outlines that firms, such as Facebook, need to report any data breaches.

And within three days of the breach discovery.

This policy has been implemented to enable affected users to delete and export their compromised data.

Users now will have control over their Facebook data.

Subsequently, any company which gets found breaching the law would face a penalty of four percent global turnover or $24.50 million.

Whichever among the two options is greater in a particular case.

In a recent interview with The Telegraph, Sharpe stated that to stand tall with this commitment they need to put in place this privacy policy into the very core of Facebook.

Plus, how users can have full control of their privacy preferences. How users can go about securing the data.

The company also explained how ownership works with users’ very own information and data that they share via the social media network.

In a recent blog post, Facebook’s chief privacy officer, Erin Egan, explained that any user owns the information that they share by themselves on the platform.

Egan added that means users have deciding rights- when it comes to what they share and whom they share it with.

But, Egan also emphasized that this ownership entitles users to change their mind on what they previously shared too.

Users can also withdraw their information at any time they wish.

Egan stated this is why we provide several tools to delete previous posts.

Once a post gets deleted, Facebook removes it from the user’s timeline as well as their servers. Besides, users have the option to delete their accounts at any time.

Facebook has had a rocky history when it comes being transparent on its attitude on user privacy.

In the recent years, several EU data protection authorities had to investigate a good number of cases regarding tracking online activities of people and use of the customer data by Facebook.

Earlier today, the company stated that they would be working day and night to give users control for managing their privacy controls.

Now, the social giant aims at ensuring the privacy policies it posses are clear and understandable to all users.

Using this feature, users can access a control panel that will give them full control of all their privacy.

And social network settings in one place.

Starting today, Facebook will also display videos in users’ News Feed – which serve as the educational material of issues relating to privacy and user information.

The videos will include detailed instruction on how to delete previous posts. Plus, how to change privacy settings on Facebook.

In her blog post, Egan emphasized that Facebook has been created to connect with people you love. And also to discover the world around you.

However, Egan added that the company acknowledges that users have the right to choose whom they share information with.

Plus, Facebook considers it vital that they give their users full control.

Simply because the company wants to stay ahead of the upcoming EU law that gives the users extended rights to export and delete their data – on any platform they wish, at any time.

Another reason could be that Mark Zuckerberg, CEO of Facebook, might have finally named 2018 as a year to fix any nasty holes in the company ceiling.

Hence, the social giant is taking the aggressive approach to abuse and privacy right in the opening month of the year.

And apparently, the social giant would not want to give away 4% from its global turnover as a fine by failing to meet the new EU law.

Admittedly, new Facebook privacy initiatives are an essential step towards keeping the users empowered and informed – when it all comes down to their social data.

On the other hand, investors seem concerned as to how the new approach of Facebook could hurt the bottom line of the firm.

Zuckerberg acknowledged that the changes Facebook will start making to the News Feed contents would more likely reduce the time a user spends on Facebook as a whole.

However, Daniel Ives, head of technology research at GBH Insights (a marketing insights firm) says that Facebook is making a right move for their long-term future growth.

How? One would say.

The answer is, by ultimately prioritizing and improving the user experience.

An excellent win for the users, as a whole

All in all, no matter why and how this new Facebook privacy center has happened and how it is going to shape the future of the company.

It indeed is a nice thing for us, the general users.

Not just the Facebook or other social media sites, all of the industries collect customers data in a significant amount.

And this new EU regulation will affect all of them, and give users the control to their data.

That indeed is one cool fact to say cheers to each other, so cheers!