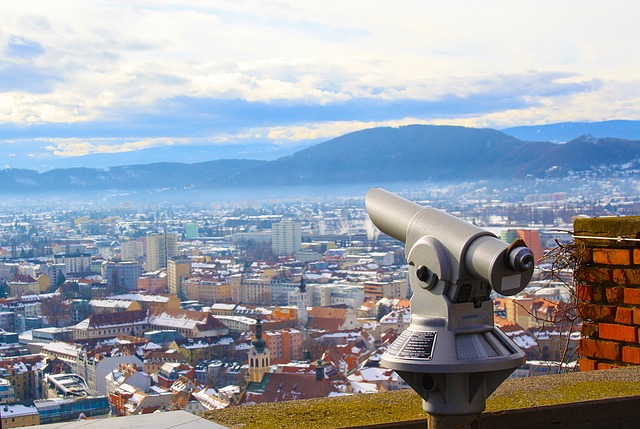 NSA spying reports aren’t anything new for us. The curious agency keeps itself busy doing things so as to snoop every single individual. For instance, a couple of months ago, NSA gathered 534 million records of SMS messages and phone calls. This was rather intriguing as we already are aware of the NSA’s voice recognition system. (Maybe NSA is more interested in gathering audio records? Whatever!)

What else should we expect from NSA? In other words, what more should we anticipate about NSA to be done for snooping on others? Well, let us share something more surprising now. Your favorite network AT&T has also become a resource for NSA. As disclosed last week by The Intercept, AT&T and NSA have joined hands to secretly spy through a web of buildings. This gigantic “spy-web” is veiled under the network of eight AT&T buildings in the US.

Reportedly, AT&T and NSA have been collaborating for long to set up spying hubs. The most recent of it was discovered by the same researchers back in 2016 in Manhattan. Nonetheless, that’s not the only one.

According to the report, eight more AT&T facilities function as a resource for NSA surveillance. They are located in Chicago, Atlanta, Los Angeles, Dallas, New York City, Washington, D.C., San Francisco, and Seattle. All these setups enclose specialized network equipment transmitting a large amount of traffic across the world and the US. From these settings, NSA continued its spying activities.

As stated in by Ryan Gallagher, Henrik Moltke in the blog,

“A body of evidence – including classified NSA documents, public records, and interviews with several former AT&T employees – indicates that the buildings are central to an NSA spying initiative that has for years monitored billions of emails, phone calls, and online chats passing across U.S. territory.”

The eight facilities identified here are the key settings serving as the ‘backbone’ for AT&T and NSA collaboration. Yet, we cannot trust these are the ‘only’ resources for NSA. AT&T has a massive network spread over various other areas in the US.

NSA not only regards AT&T because of its gigantic database and access to information but also because of its relationship with other service providers. These associations assist NSA’s surveillance program as they can covertly tap into a number of communications. Moreover, AT&T’s “willingness to work” also make them a reliable partner for NSA.

But, definitely, for something like NSA, it’s hard to believe that they will rely on a single entity for their activities, merely because of their “willingness” for collaboration. There must be some other underlying benefits for NSA.

If we trace back the association of NSA and AT&T, we find it decades old. New York Times disclosed about this association three years ago. The FAIRVIEW program revealed by them started back in 1985, having AT&T as NSA’s partner since then. This surprisingly long association clearly hints wondrous benefits for NSA.

Mark Klein, an ex-AT&T staff technician, revealed that NSA not only gathers AT&T’s data, but also the exchanges taking place between AT&T and other organizations.

Likewise, according to Jim Greer, AT&T spokesperson, the company is obliged by law enforcement authorities to provide information as and when required.

“Like all companies, we are required by law to provide information to government and law enforcement entities by complying with court orders, subpoenas, lawful discovery requests and other legal requirements. And, we provide voluntary assistance to law enforcement when a person’s life is in danger and in other immediate, emergency situations. In all cases, we ensure that requests for assistance are valid and that we act in compliance with the law.”

How Does NSA Manage to Spy So Broadly?

Well, most companies prefer to operate through “peering” – a method preferred by most network operators. It is a cost-effective method to exchange data using the infrastructure of other providers.

AT&T, being a leading network operator in the US, has been a ‘peering hub’ for most other companies. The exchange of data first occurs at some third party centers such as Equinix. Then, part or whole of this data is routed towards the eight core AT&T facilities.

These settings serve as “peering circuits” through which NSA can monitor whatever it wants. That’s how AT&T and NSA have grabbed the whole world into their spy-web.

Who are the Affectees?

Answering this question is pretty simple. NSA is monitoring all those who are peering at AT&T. Prominent AT&T peers include popular names such as Sprint, Level 3, and Cogent Communications within the US. Whereas, outside peers include Sweden’s Telia, Italy’s Telecom Italia, India’s Tata Communications, and Germany’s Deutsche Telekom.

So, it is evident that NSA is not only spying on the communication from the US citizens. Rather, it has an easy access to the database of other countries as well.

If you are a customer of any of these networks, then be assured that you have submitted quite a large chunk of your communications to NSA!

Make sure you go through our guide about NSA spying to understand how it snoops into your data.