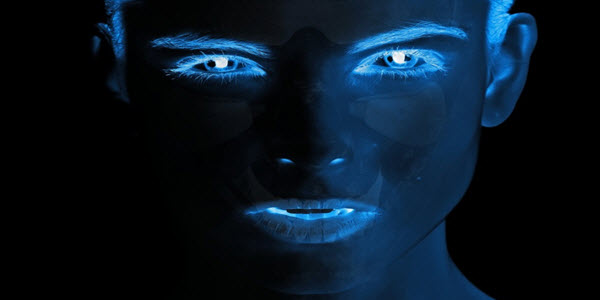 Is AI technology a threat to the privacy? A resounding yes. That is according to a survey of nearly eight thousand participants performed by the CCTV, Tencent Research, China Post and National Bureau of Statistics of China.

Held at Beijing, the events’ host was Ma Hongtao, and the guest panel was made up of experts from Microsoft and IBM.

The research which gets done annually and is sponsored by the China Economic Life Survey covers 100,000 households, comprising 16 to 60-year-olds — and has been running since 2006.

The results showed that 76.3% people from China felt threatened by the challenges posed to their privacy by AI.

Almost all the respondents were aware of the AI application in facial recognition technology, and more than 50% of the participants felt that AI was having some impact in their day to day lives already.

75% (three out of four respondents) worried because of the threat that AI tech posses to their privacy.

Consequently, the survey had an extra set of queries on Artificial Intelligence which got publicized on TV too.

The participants were asked about the various fields of Artificial Intelligence and what effect they thought it had on their lives.

Interestingly, categories of AI with the highest awareness levels among the respondents were self-governing driving at almost 60%, health at 45 %, education at 41% and the finance at nearly 40%.

Next up was the AI individual applications, here, facial recognition took center stage as almost 70% of respondents said it affected them.

It was followed by the language recognition at Almost 65% (63.1% to be specific) and autonomous-driving at almost 50%.

And finally, last but not least, personal recommendations (as popularized by news apps such as Bytedance’s Toutiao) were at 15.4%.

Some events of the past year that popularized AI included the Baidu multinational company which launched their open platform for autonomous cars.

Specifically, they created a massive public interest by having their CEO Li Yanhong live stream his experience while riding in their self-driving car.

Existing and the potential threat (s)

76.3% see some specific AI uses as the threat to their privacy with almost 32% feeling that the tech threatened their livelihood (50% believe it a threat but are yet to experience it). 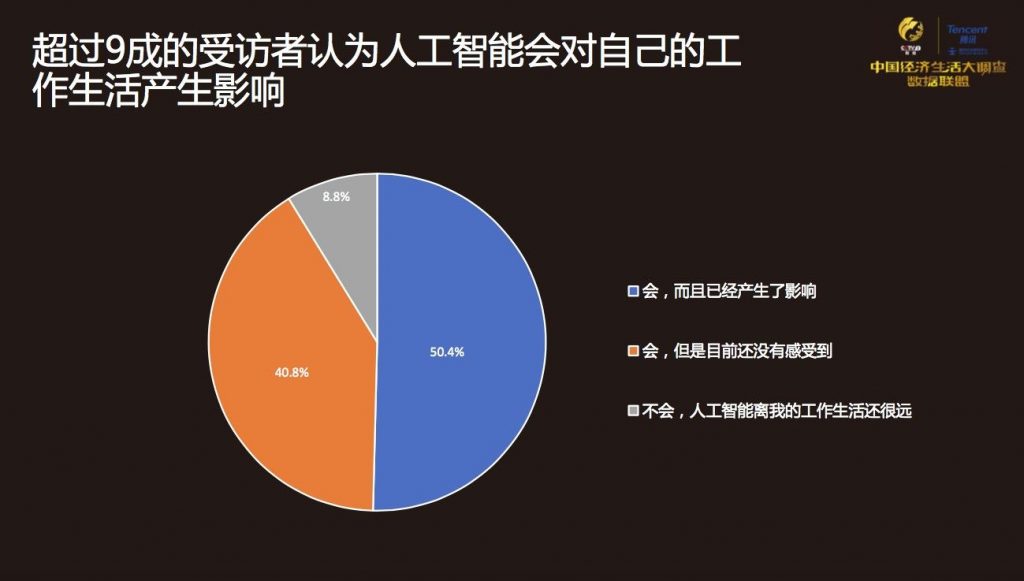 Orange: AI could effect but didn’t feel yet. Blue: Feeling an impact on the work already. Image credit: CCTV/Tencent

Subsequently, a whopping 77.8% of respondents said that Artificial Intelligence would have an accountable impact on every major industry — with another 91% saying that they think AI affects their work (50% have already felt the impact of AI in their workplaces and careers).

Participants got asked if they would study AI applications and 78% answered yes with 90% saying they would review it if given the chance and 91% said they would make their kids learn about the technology.

Autonomous driving sounded interesting as many of the respondents (90%) said they would like to experience it, and finally, 86% of respondents would be willing to try an AI aspect related to health.

It’s still very early days for AI with all the rapid development happening; there will undoubtedly be good things happening ahead – and unfortunately bad ones too.

Among some advantages raised by AI is a surveillance camera being used with AI so that no human is needed to analyze videos.

That could mean easily spotting crimes and accidents and apparently a more extensive range of scientific and industrial applications.

Facial recognition is also a very high prospect of AI, just imagine the police being able to track criminals only by uploading their pictures into a database. Whether we gain or lose more remains to be seen, we just have to wait and see.