US Government can legally spy on immigrants now, what’s ahead?

US Government can legally spy on immigrants now, what’s ahead? 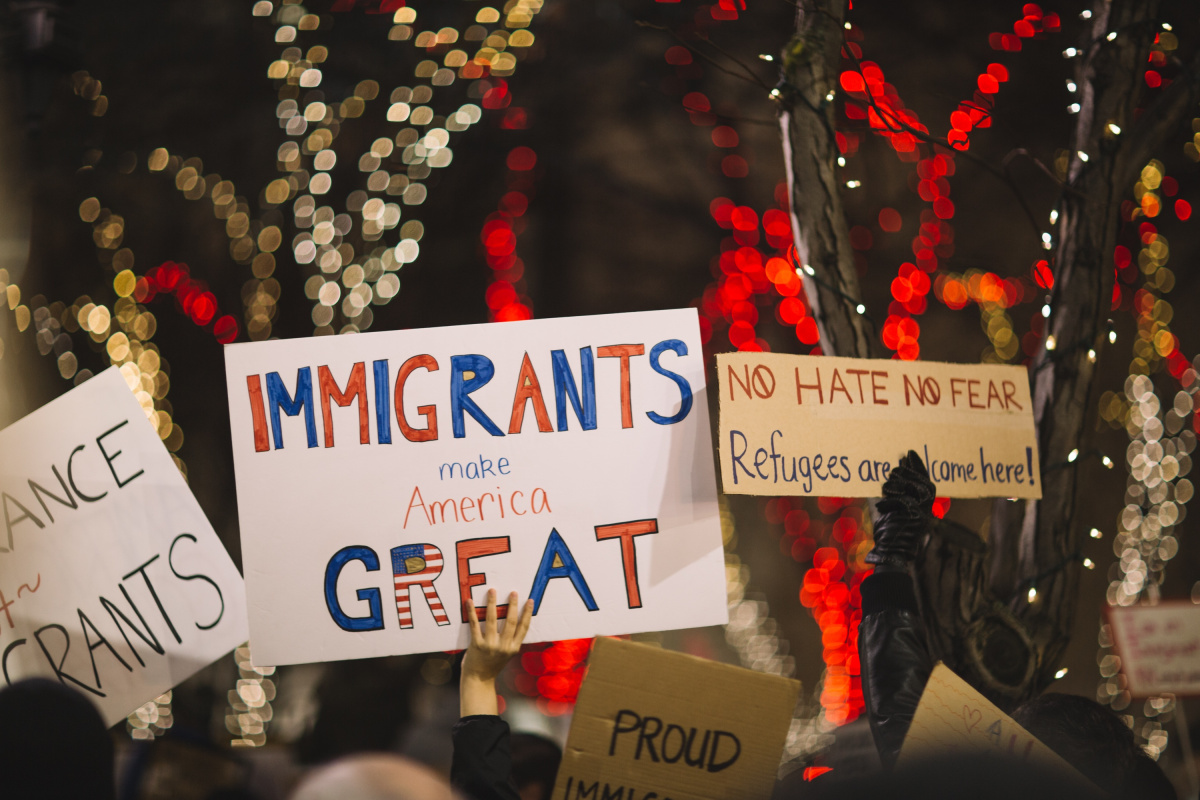 NSA spying always had a disappointing effect on the immigrants, right from the day it got revealed. And finally, the expected (not-so-entertaining) results are right in front of us all.

Today agencies are spying on both, terrorist threats as well as the innocent people – everyone walks from the dark cave, no one is set free.

They are surveilling the Black Lives Matter movement, which is considered a terrorist threat. FBI program named “Cointelpro” is known to have secretly spied on the civil rights movement started in 1954.

Spying on suspects for the national interest is fine, but illegal surveillance disrupts Americans from organizing their political voice.

And the not-so-pleasant fact is, these aren’t the only kind of surveillance US administration is engaged in.

A report from DHS (Department of Homeland Security) got published last week, commanding for a consistent observation of Sunni Muslim US immigrants. 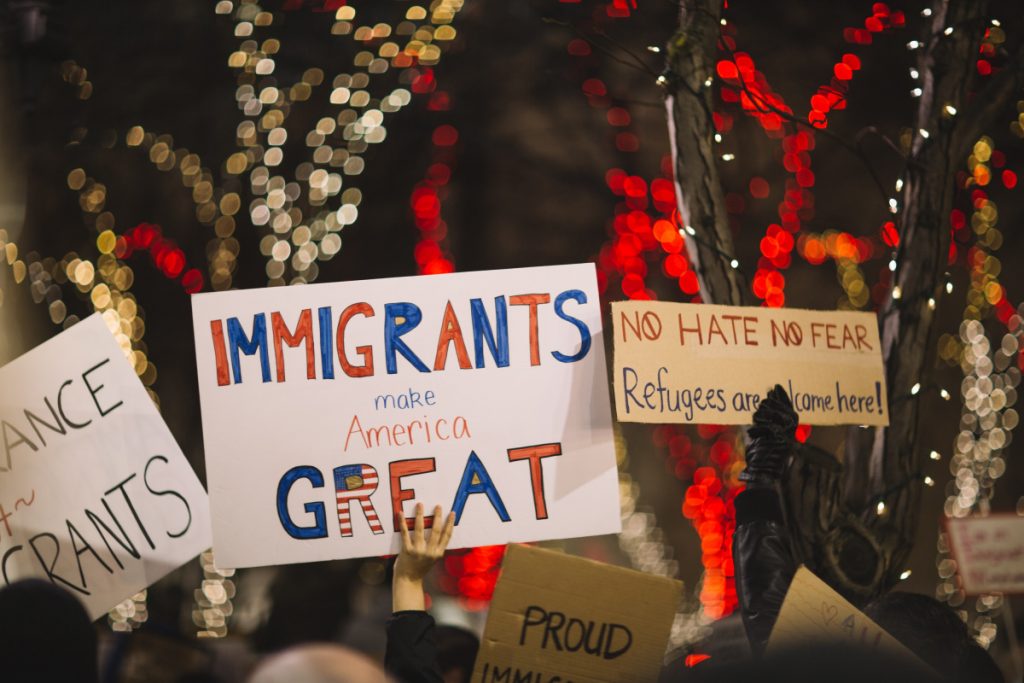 There is no online privacy for refugees and immigrants in America now. It seems the US government is interested in giving internet privacy and freedom of speech rights only to the native-born citizens. We all ‘must’ speak up.

On October 18, 2017, DHS passed a new law to monitor online activities of all the USA visa holders, visa applicants and residents.

Naturalized citizens are not an exception to this new rule either; no surprise, though.

The information from social media along with other sensitive data will get added to immigrants’ databases. You can safely say here, the downside of being an illegal alien starts with mass surveillance.

DHS will bug social media accounts of the immigrants, and continually search results from major commercial and search engines databases – all credit to the new policy.

To cut the core of the matter, the rule takes away the freedom of speech, which all US citizens entitle. At least, as far as we all at FreeSpyPhone are concerned!

Indeed, outspoken immigrants and public figures who are immigrants refuse to censor themselves when speaking out against political issues (and rightly so).

So, how can immigrants express freedom of speech under this new rule?

To us, the new policy looks like as if it is a tactic designed to take away ‘freedom of speech’ against the current (Trump’s) US administration.

As anyone who opposes to Trump’s Administration receives attacks, either through media or other means.

Now because of this new law, anyone who wishes to post on social media will need to censor himself.

Congrats, you ‘yourself’ are a censor board now.

But the only sad thing is, you will have to censor your very own thoughts and not others’ ideas!

How the new immigrants spying rule is performing

As noted above, this law negatively opposes freedom of speech. It is a biased attempt to control.

No rule should take away someone’s voice.

Indeed, this is where we must take a stand.

Programs like this violate the First Amendment, specifically infringing ‘freedom of speech.’

If America is a county that values democracy, immigrants should not feel suppressed when voicing their human opinions.

Should one have different thoughts when posting on social media? Sharing our voice is what divinely connects the world.

The law also infringes Fifth Amendment to the Equal Protection Clause. Neutralized citizens who aren’t born in the US should have all privileges and rights of citizenship, besides becoming the POTUS.

Moreover, neutralized citizens are treated as a threat, and this rule suppresses any future involvement to political change.

Besides, the policy puts limitations on American immigrants’ political expressions and involvement in political activities.

All in all, at any rate, to exclude a group from voicing their opinion is diabolical.

But yeah, this is not happening for the very first time – communities of color, Muslims and immigrants have dealt government spying for decades now. In fact, even the immigrants are being spied on since the 50s.

FBI has stayed actively involved in monitored minorities, stripping them of their freedom. The unfortunate event of 9/11 has made a negative impact on Muslims, almost permanently.

Nevertheless, it is unfair to overgeneralize one group while putting communities under intense scrutiny. The pain of stereotypes in colored communities is severe on its own; massive surveillance is ridicule on top of other traumas.

The correlation of the Patriot Act

The Patriot Act correlates with the American government obtaining private information. As a consequence, FBI agents can get personal information of anyone they want.

They can access any of your information such as phone records, computer records, credit history and banking information.

If that is not enough for you, the act allows the FBI to search homes and offices without judicial approval.

Interestingly, there are no traces left on how FBI uses the information. For example, from 2003 to 2005, the FBI delivered 143,074 NSLs (National Security Letters). Of which there were 53 reported as illegal appointments to prosecutors.

Undoubtedly, high surveillance tactics are problematic to our communities.

The US government uses the Patriot Act to investigate, which only inhibits the freedom of religious practice and political expression.

The FBI can map out communities by race and ethnicity, using ridiculous stereotypes to solve crimes that are most likely to be committed by a specific race.

Another system, Domain Management Assessment, established in 2008 (attorney general guidelines) – coverts action design to exclude specific communities and have power over them.

In case someone crosses the line

Immigrants are under the close watch of big brothers in case they “cross the line.” It’s an eerie gesture to suggest; the government will come after you if you oppose to their rules.

It means to keep a close watch on those who may exert power in America.

Muslims, African Americans and other minority races have a unique and divine history. And, these control tactics are to prevent communities from achieving their highest potential.

For many people facing unfair immigration rules; it’s miserable to escape from this type of condition to another dysfunctional one.

For example, many countries deal with systematic surveillance, freedom of expression, self-censorship and other suppressive tactics.

In most of the cases, immigrants fight for their rights and leave behind a repressive country.

Subsequently, it is inhumane to restrict one’s freedom of speech or political expression. Measures taken by the US government to control are agonizing, but together we can fight against corruption and inequality.

Self-censoring is damaging to the kindred spirit that we all own. Allowing an Administration to take that away is history repeating itself.

Mental slavery is akin to slavery that many of our ancestors suffered. Didn’t they?

To take someone’s privacy or speech is to enslave them. In response to the new USA immigrant surveillance rule, it violates human rights, the first amendment and we all should not allow it.

Political expression encourages and will create change for a better future. Making America great doesn’t have to repress. Building together is the only way to create change.

And above all, online privacy and freedom of speech is everyone’s basic right – it should be given to all, not just a single group of people (to native-born US citizens in the light of this new law).